It’s a very good time to be a nonconformist. Sure, we as a society are pretty deep in the mass-manufacturing and cheap-imports phase of modern industrialization. Yet this soulless consumption has bred a wonderful counter-culture. Over the last couple of decades, an amazing small artisan scene has bloomed across many disciplines. Anyone sick of Budweiser and Heineken can visit Portland, where there are eighty-four (!!!) craft breweries in the metro area. I live in LA, and I am able to blissfully avoid Starbucks in favor of dozens of small cafes and coffee roasters. (I’m writing this from Augie’s, a great little chain!)

And it goes beyond foodstuffs. Musicians are treated to an ever-growing maker and boutique scene. You can always play a Strat through an Ibanez pedal into an Orange amp. The leviathans of music gear will always be around. But if you’re sick of having the same gear as everyone else- if you really want to curate your own collection, carve out your own musical identity- you can go boutique. 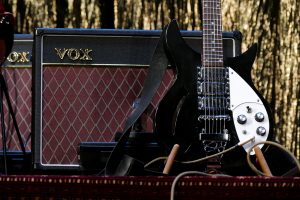 If you’re a guitarist, your tone is your voice. Beyond the technique, the notes, anything else. A unique and recognizable guitar tone can instantly distinguish you, immediately remind everyone that YOU are here. Nobody is ever going to hear a Brian May guitar solo or Hendrix wah and mistake it for any other player. Not to mention more rhythm-oriented players whose signature sound was integral to their band’s overall tone. Like The Edge with his spooky delay or oh my god, what can I even say about Johnny Marr’s tone that it doesn’t already say for itself?

So what better way to find your guitar’s tone, your voice, than by diving into some boutique pedals? And when it comes to crafting your tone, overdrive is killer! Overdrive is a fascinating, deep, complex animal. But it’s so subtle that just about any guitarist can benefit from adding it to their pedalboard!

To explain this further, I think it’s helpful to untangle the differences between the three most common types of tone-exciter pedals, for lack of a better categorizing term. They basically form a continuum, with overdrive on the mellow end and fuzz on the other. 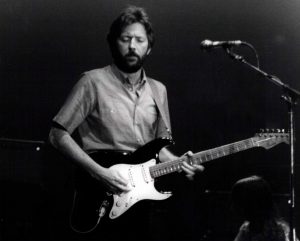 The aim of overdrive is to create, or imitate, the sound of a tube amp that’s been cranked to the point of clipping. In the days before solid-state amps, the only way to get that aggressive rock guitar tone was to push your amp past the point of comfort. After all, an amplifier was originally intended to be just a speaker that made the clean guitar tone louder. It wasn’t long before rock bands realized they could overdrive the amp, take the sound new places, and let the music follow.

So compared to the other two types of pedal, overdrive pedals are subtle, nuanced, and dynamic. The harder you play, the more distorted your tone. They enhance the guitar and amp’s original tone. Adding to it, while still allowing it to be recognizable. Overdrive pedals can often be dialed down so they are doing barely more than raising the gain, or up to the point that they melt faces.

This means that an overdrive pedal is an asset to almost anyone. Overdrive pedals can add depth to your tone, no matter what kind of tone you seek. More harmonics, more presence.

On the other hand, distortion and fuzz pedals don’t just enhance your tone- they intentionally destroy or replace it. They are less dynamic, more aggressive. With cranked distortion, or especially fuzz, playing hard or soft yields just about the same effect. Unlike overdrive pedals, these tend to define their own context.

When you combine the breadth and depth of the overdrive and boutique worlds, you are guaranteed to find a truly unique identity with a boutique overdrive pedal. But be aware that this comes at a price. Pedals on this list will not be in the same price range as Mooer or Donner. That’s the name of the game.

The Klon Centaur is a funny piece of gear. This relatively obscure pedal has developed a cult following as one of the greatest overdrive pedals of all time. Yet, it was manufactured in curiously small numbers, with only about 8000 built before it was discontinued.

The Klon’s reputation is the ultimate “transparent” overdrive pedal. Meaning it boosts and enhances the guitar’s level, but leaves the tone recognizable. I’d compare it to the legendary LA-2A compressor for music production- it seems to just take whatever you give it, and make it more musical. A “soundgoodizer.”

You’d think with the level of interest it currently commands, discontinuing the pedal goes against business sense. But people have their reasons. I just checked Reverb, and an authentic Klon Centaur is going for $1500-2800. No, I did not misplace a decimal there.

Enter the Klon klone. As you might expect, with this reputation and scarcity to leverage, a handful of boutique makers have jumped at the chance to build their own.

RYRA, or Rock Your Repaired Amp (how’s that for a business name?) is operated by Shane Logan and his wife Karen. He builds pedals by hand in a barn-cum-workshop on his property in Texas. The company is pretty much leveraged on the success of his original pedal, the Klone, recognized as perhaps the most authentic replica of the Klone. And at a fraction of the price of an original Klon. If you want an all-around boost to your musicality, that can be dialed from subtle to beautifully aggressive, check this one out!

If we are comparing boutique pedal-makers to craft brewers, then JHS is like Sam Adams. One of the originals and first to be recognized, now so decorated and successful that it pushes the limits of “boutique.” They build a few dozen pedal models now, but check out their newest version of their original pedal- the Morning Glory v4.

Much like the Klon and its klones, the Morning Glory is a transparent overdrive, that can be used to subtly boost and enhance your tone or drive it hard. After listening to demos, I am impressed with the range of this thing. It’s like putting makeup on your tone- your guitar and amp will retain their own characteristic sound, but the whole rig will sound more impressive. Used lightly, it adds a smooth depth, effortless. Cranked, it’s not the fuzziest or face-meltingest (I stand by that phrasing!) but it creates this unique tone that is simultaneously dirty and smooth. Hard to describe without listening, so hear for yourself!

ThorpyFX’s genesis is just too charming. From their website: “After a full career in the British Army, Major Adrian Thorpe MBE was encouraged by his wife Georgia to follow his manic passion for building effects pedals[…] Initially Thorpy built pedals as a form of relaxation that allowed him to have pedals better than anything available to buy on the market.”

Now the ThorpyFX Gunshot is one of the overdrive pedals to beat! Contrasting with the JHS or RYRA offerings, the Gunshot shines in higher-gain settings. Guitar gods take note- this pedal was engineered with the aim to create a full, saturated cranked tone, where overdrive pedals so frequently disappoint. Essentially, imitating the sound of a very high-end tube amp cranked to the max. This pedal even sounds brilliant on soft settings, but when you push it, you get a wonderfully full tone that can be shaped to perfection. 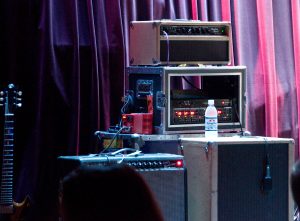 If the Klon is the overdrive pedal that’s famously scarce, then the Ibanez Tube Screamer is the overdrive pedal that’s famously ubiquitous. This pedal is on the same level as the Stratocaster- characteristic, yet flexible, shining in many contexts. If you want a Tube Screamer, going boutique is a hard sell- after all, the original is still manufactured and available for mass-produced, not boutique, prices.

Along comes Earthquaker, a boutique maker in Akron, Ohio. I can’t put it better than their own page: “we like pedals so much that we make them one-at-a-time, by hand, the hard way, in the idyllic post-apocalyptic wasteland metropolis of Akron, Ohio, USA – where the soldering smoke blocks out the sun, and the fiery Cuyahoga River pumps white-hot liquid magma into the steam engine that powers our great riff factory in the sky.” (For what it’s worth, if you recognize the name Akron, you may be remembering it as the origin of a little band known as The Black Keys.)

Earthquaker attacks the task of a Tube Screamer clone with all the zeal their bio presents. Their Palisades pedal aims not just to imitate the Tube Screamer, but to expand on it. Case in point, the Ibanez TS808 has three knobs, and the Palisades has seven knobs and two toggle switches.

The Tube Screamer is famous for its mid-range tonal boost. The Palisades delivers a similar overall tone, but with much greater precision. With that array of controls, you can dial between six clipping voices and five bandwidth settings. Stay in the middle for a TS808 impression, or go softer for a transparent boost, or heavier for a real tube scream.

Earthquaker also boasts the Westwood, a pedal that claims to go beyond “transparent” and markets itself as “translucent.” The Westwood maintains yet sweetens tone like no other. It’s less flashy than some of the other pedals on this list, but it’s simple really- The Westwood just sounds really, really good.

Whether you are a head-banging heavy metalhead, a soulful blues rambler, or any breed of guitarist in between. Whether you are looking to define your own distinct tone that leaves an immediate impression, or just subtly enhance your tone. Regardless of whether your pedalboard is empty or full to bursting. A great overdrive pedal is never the wrong decision. Have fun, but don’t be afraid to put the work in. Creating your tone takes time and money, trial and error. But it pays off when you hear your guitar singing to the crowd, when you can watch the faces in the audience, knowing you are causing them to feel these things! Keep working and feel the joy of the music!